Like for many others, the pandemic has been a bit of a struggle. Due to preconditions, I’m very cautious and really try not to get this virus. While I usually don’t mind staying at home and this XKCD comic rings true for me, I do miss my friends and our gaming get togethers. While it was warm, we could at least meet in the garden, but this is no longer possible. So I started to look for other options. I already have a virtual RPG group using Discord, which was started before the pandemic because I wanted to play with friends living far away. I also run a play-by-email Kriegsspiel which is great fun and possibly one of my best gaming experiences ever (more on this some other time).

Listening to the TooFatLardies Oddcast, I heard them talking about Virtual Lard, an event where Lardy games are played over the internet. I wanted to try this out and got my chance to participate in a game of Sharp Practice at Virtual Lard III. The game, entitled “Bridge over the Tormes”, was set during the Napoleonic Wars in the Spanish Pensinula and was run by Bob Connor. Bob had a lovely table and three cameras, two static and one moveable. I played together with Wil from the US against Francis from Edinburgh and the Lord of Lard himself, Richard Clarke. We commanded the French Forces and were tasked to take a bridge which, as we were told, was only lightly defended by some Spanish militia. Of course the nasty British turned up, who’d have thought?

The game started with Wil and me struggling to get our men forward. Some interesting mishaps tormented my Voltigeurs, among them my main Leader being knocked out by a musket ball early on and some riled up bees attacking my line troops. All the while, the Allied forces peppered us and for a time, it seemed as if we would be unable to get a hold on the situation, let alone secure the bridge. However, I managed to work my skirmishers around the Allied right flank and Wil finally got his Grenadiers going, delivering a devastating charge right into the British line. This turned the game and in the end, Wil snatched victory from the jaws of my clumsiness.

The game was a large one (at least compared to the games I ususally play), but it moved along at a brisk pace. We did play for four hours, although it didn’t feel that long. I guess that Bob must have been quite exhausted, as he had to run around the table, move the figures and keep the game going. But it worked exceedingly well. Bob drew the chits out of the bag and anounced which Leader was activated, we gave our commands and rolled our own dice. Dice rolling is a good way to keep the players involved and give them at least a bit of the haptic experience of tabletop gaming. Of course it’s not the same as standing around the table, but it still feels like a miniature wargame and not a computer game. Banter is a bit more difficult on Zoom, but we still laughed a lot.

All in all, it was a great experience I very much want to repeat. I’ve ordered a webcam two weeks ago, so I think about setting up a game for my friends and, after I have some practice, maybe even one for Virtual Lard – Richard Clarke told me that they want to continue with this format, as it is more than just a substitute for face-to-face gaming. And I agree that gaming with people from all over the world adds another quality. I’m still looking forward to seeing my friends at the table, but virtual gaming is also a fun and rewarding experience.

To celebrate the new year, I’ve decided to introduce a new section to the blog. In semi-regular intervals, I want to present new(ish) gaming-related stuff that caught my eye. For the first installation, I’ve found four items which might be of interest to you.

Peter Pig has launched The 15 Mill, a new pdf magazine “that promotes the use of 15mm miniatures and modeling in wargaming”. As 15mm is a scale very dear to my heart, I find this a commendable enterprise! What is even more exciting is the fact that each issue will include a small game (or “gamette” as they call it), and for each of those games, Peter Pig will produce a special pack of figures.

The first figure pack is now available: it’s a lovely set of duellers (so we can get an idea what the first game will be about…). The magazine itself contains all sorts of useful articles and is not limited to Peter Pig-related topics. It is available for free, so why not give it a try and download it here? 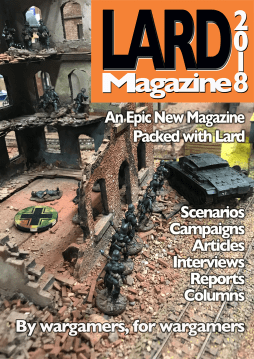 The end of 2018 saw another new magazine launch, namely TooFatLardies’ Lard Magazine. It supplants the old Specials, which have been published bi-annually since 2004. In contrast, the Lard Magazine will be an annual publication. However, it looks much more professionally, with a clear and modern layout. As to be expected, the content is of high quality: over 170 pages of Lard, covering all sorts of Lardies games like Bag the Hun, Chain of Command, I Ain’t Been Shot Mum and Sharp Practice. I found the two articles on Kriegsspiel especially fascinating: one on playing it over the Internet and another one on using it to generate tabletop battles. The magazine is available for £6.00 and is highly recommended to all fans of TooFatLardies!

Last summer, a new YouTube channel called Little Wars TV was launched. Produced by an US wargaming club, it features impressive production values. Each episode is centered on a battle, which is recreated on the tabletop. However, this is not your usual blow-by-blow battle report with monotonous dice rolling filmed by a shaky hand camera; rather, it is a professionally filmed and, what is most important, edited account of what happened on the table, interspersed with statements by the players about their plans and reactions. Furthermore, each episode is introduced by a short discussion about the historical context of the battle. This is also very cleverly presented: while it is short and succinct, there is always a short critical discussion about contenting interpretations of the events. The games themselves are also very interesting and it is evident that a lot of thought went into scenario design, with some clever twists and surprises for the players. I also like that, while most of the battle are rather large affairs, they mainly use smaller scales – and those look very good, making nonsense of the trite argument that only 28mm looks good in visual media. Little Wars TV is not only very entertaining, it is also a great inspiration which manages to showcase the best about historical wargaming.

As you know, I’m very interested in co-operative gaming, so I’m happy to see that co-op mechanisms increasingly make their way into the realm of miniatures wargaming. After Andrea Sfiligoi’s pioneering Sellswords & Spellslingers,  Joe McCullough has recently released Rangers of Shadowdeep.

Joe is the designer of Frostgrave and the new game seems to share core mechanics. However, it is fully cooperative, with players working together to accomplish different missions. In contrast to SS&SS, which is more of a construction kit, Rangers has a fully developed background world and the characters seem much more pre-defined, each being a ranger with a companion. I’ve not bought it yet, as I still feel like I’m not finished with SS&SS, but I might succumb to the temptation as I’m interested in how Rangers approaches co-operative play. The rules are available via wargamevault as a pdf ($20.00) or as a printed book ($30.00).

And 2019 might bring even more co-operative miniatures gaming goodness: Alternative Armies have announced no less than two sets of co-operative rules: one called Doom Patrol for special operations through the ages and another one, which is in development and might or might not see the light of day, for robots cleaning out a space station. You’ll find more information here as soon as I get it!

Last Friday, I could persuade Sigur and Stephan to set up a game of the new Lardies extravangaza, What a Tanker!, at the local club. They had both played the game a couple of days before, but unfortunately I didn’t have time then, so I was very grateful that they indulged me and played again.

We set up a desert table with rather eclectic terrain. It looked like the set for a cheap 60s B-movie, but that fits rather well with the aesthetics of the rulebook. Incidentally, the cover is a work of art. It’s fun and irreverent and pours scorn on the Nazi kitsch that pervades some WW2 games. 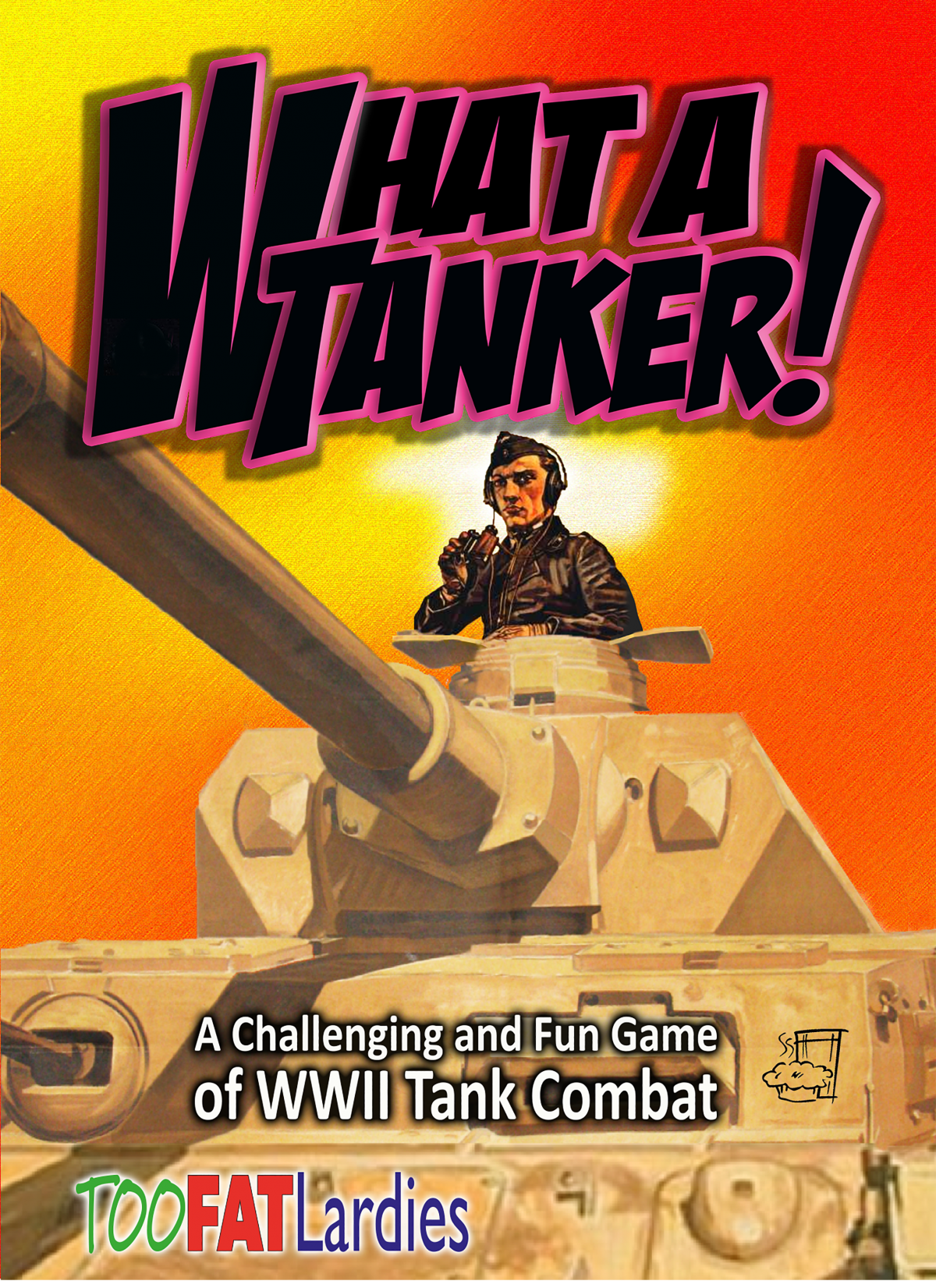 We played with Sigur’s 15mm tanks and as he only had British and Italian, Stephan and I took an Italian tank each and Sigur got two British ones. I can’t remember which – I’m lucky if I can tell a tank apart from a bicycle.

The game is easy to understand – it’s the simplest Lardies game I’ve ever played – and flows along at a nice pace. The dice activation mechanics is great, there is friction but as long as your vehicle is undamaged you have a lot of dice, so the chances are good you can do stuff. While I fumbled around a bit, Stephan proved to be an old tanker and smashed the British vehicles. In the end, I think I got the hang of it and could contribute to the Italian victory. 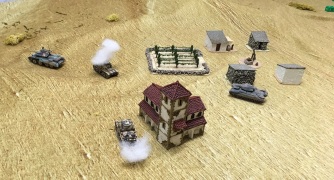 I really like the game. Playing it felt strangely relaxing. Perhaps that’s because I’m not really invested in the period or the vehicles (in contrast, after a game of Sharp Practice, I usually feel pretty exhausted). Perhaps it was because we played with early war tanks – I’ve heard that late war fights are faster and much more dangerous. One thing that certain contributed to my mellow mood was playing with two congenial chums. What a Tanker! works really well as a multi-player game, the turns being fast enough to keep downtime short but still long enough to have fun watching the others manoeuvre and shoot.

I don’t see myself buying tanks, but Sigur and Virago and the others have enough anyway, and I’d certainly be happy to play it again. It’s a great little game for a fun evening with mates.

It’s no secret that TooFatLardies are my favourite rules publisher. Fortunately, there are a couple of like-minded individuals around. Last Friday, a bunch of us got together to play and present TFL games. The idea was to showcase the rules and induce people who have never before played a Lardy game to give it a try.

We had four games prepared: Dux Britanniarum, Sharp Practice 2, Kiss me Hardy! and Chain of Command.

As we’ve written a short report for Lard Island News (which will be published shortly), I’m not going to repeat myself but refer the reader to this blog. Sigur has also written a very fine report on the Battle Brush Studios blog – head over there for more information!

I just want to thank everyone involved: Those who prepared and presented games, those who played and those who watched and contributed to the friendly and welcoming atmosphere. I’m especially happy that I had the opportunity to meet up with old friends and make new ones.

Certainly an event to be repeated!

Here are some impressions from the games:

Sharp Practice (hosted by me) 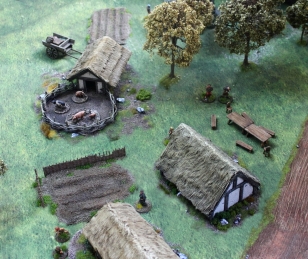 Kiss me Hardy! (hosted by Annatar) 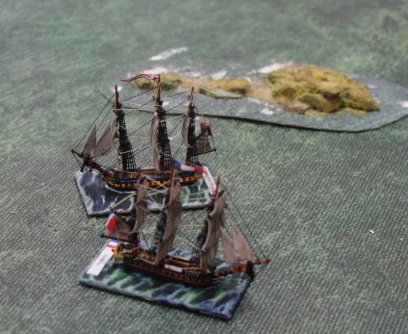 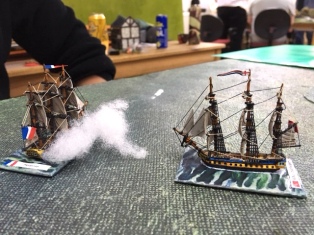 Chain of Command (hosted by Sigur and Shlominus, with a scenario by Slowik) 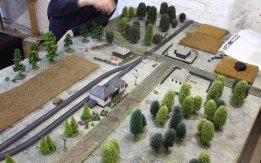 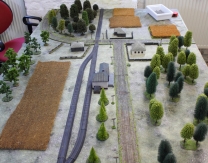